Some key points that have defined the company as it stands today.

Patrick started the business and he took its name from the village he lived in, St Cross, Winchester, UK.  The first product manufactured by St Cross Electronics was a PCB interconnect "jumper".

Orders soon came in to justify moving to a small industrial unit in Empress Road, Southampton.

Adrian Jukes joins the company from BT on an apprenticeship scheme and soon makes an impression in the company earmarking himself for greater things. 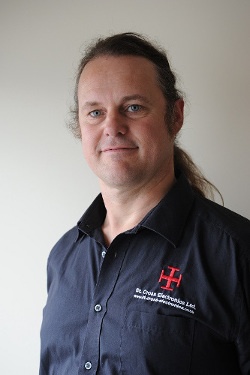 Another move to bigger premises

The company's order book is continuing to grow and with a new Industrial Park being built, the company move into Unit 14 Mount Pleasant Ind Park, Southampton. 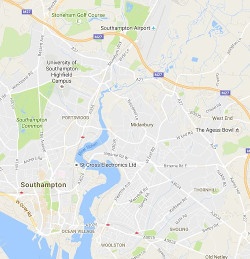 With the DAS (Digital Access Signalling) introduced by BT, St Cross Electronics were the sole suppliers of cable assemblies for this project.

With continued growth the company introduces some changes and a new mezzanine floor is put in and production moves to a dedicated cell in August 1989.

In 1990 we achieved with BSI approval to the BS5750 Part 2 QC system.  We still have this today but in its other guise as ISO9001.  This system enabled us to streamline our business and have QC approved procedures to ensure our customers receive the highest quality cable assemblies.

We were awarded the rights to produce all cable assemblies for the camelot contract, supplying Racal Mobilcal.  We helped design the assemblies that would integrate with the network of terminals controlled by the 'nodes'.  This system is still the same system that is working today.  All the terminals in shops all connect through to the nodes that then stream to Camelot HQ.

Our neighbours move out, so we take the opportunity to move into Unit 15.  With our continued growth we double the floor size to 10,000 sq ft ensuring plenty of space for future growth.

To ensure we remain competitive, the company takes the step and introduces a fully computerised system into the business.  Part of that is manufacturing using MRP.  It is a big undertaking to change from a manual system but the benefits are instant for both us and our customers.

Today’s Managing Director, re-joins the business from a connector manufacturer after leaving in 1994 to pursue a career in sales. Dax re-joins as Sales Manager. 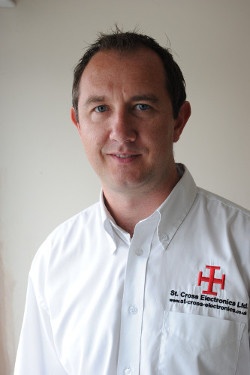 Invensys procure all cable assemblies from St Cross Electronics.  Cables are used for 2G and 3G mobile communications base stations all over the UK and Ireland.

In 2003 a MBO is agreed by owner Patrick Kiely and new owners to be Adrian Jukes and Dax Ward.  Patrick Kiely after 20+ years retires from St. Cross Electronics after guiding and building the company.

We supply all cable assemblies that are being used by end customer General Dynamics on the Bowman Radio contract. This is the new radio system used by the British Army. 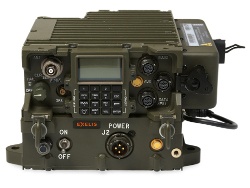 We are awarded approval to operate our QC system under ISO9001 / ISO14001 and OHSAS18001.  This allows us to stand us aprt from our competitors and within 6 months were awarded this approval which we still hold today.

We started to supply F1 teams cable assemblies and decided to set up a dedicated cell/team for this technical market. Soon after this was set up we supplied teams from club racing through to GT series.

We were awarded UL approval status to manufacture cables for USA, Canada and USA/Canada together.

Our motorsport team were awarded with a NASCAR order from our USA partners.  The first order was for 70 car sets to be delivered in a 6 week window.  This was achieved in the deadline to the highest quality despite the order coinciding with our 10 day Christmas shutdown.

We supplied Americas Cup with cable assemblies used to enhance the TV viewing experience.  All tracking, positioning, speed data was fed back to ACO using cable assemblies manufactured here in the UK. 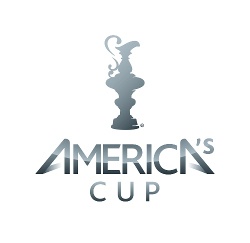 A major overhaul of our IT system was organised, and this included changing our MRP system to a new ERP CRM system called Priority.  This has improved our business efficiency and even allows full remote access to manage the business from anywhere in the world.

We start to supply Ben Ainslie Racing with cable assemblies that are used on all the development yachts in what will eventually culminate in the design for the boat that will challenge for the Americas Cup in Bermuda in 2017.